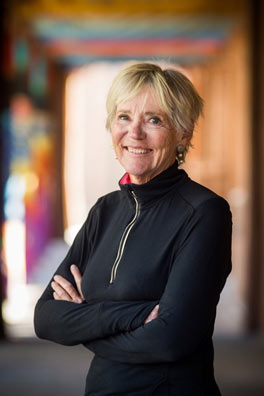 I am a science writer based in Santa Fe, New Mexico. I spent nearly all of my 50 year career writing for the New York Times, both as a staff writer and on contract and am now semi-retired. I also write books. The most recent was "Dirt Is Good", about how children between the ages of one and three acquire a healthy microbiome. I wrote it with two leaders in the field, Jack Gilbert and Rob Knight. Before that, I helped write "Missing Microbes", the story of how antibiotics are affecting our children's health (not in a good way). The title author is Martin Blaser, another leader in the story of how our microbes keep us healthy or make us sick. The book before that was Sleights of Mind— what the neuroscience magic reveals about our everyday deceptions— written with two terrific neuroscientists, Stephen Macknik and Susana Martinez Conde. Other books are described here.

For many years, I specialized in the brain sciences, although I'm prepared to write on any interesting topic that comes my way. I particularly like stories about the environment, earth sciences and all things biological.

As the recipient of a Templeton Journalism Fellowship, I spent several weeks in the summer of 2007 at Cambridge University in England, discussing science and religion. One result was an article on the neurophysiology of spiritual experience. (see articles)

I have received three recent honors -- I am a fellow of the American Association for the Advancement of Science and a fellow of the Committee for Skeptical Inquiry and I was the first journalism fellow at the Santa Fe Institute. In addition I'm the vice-chair of a new nonprofit investigative journalism project called Searchlight New Mexico. We're doing fabulous work.

For pleasure, I am a cyclist and hiker. Recent adventures took me to Nepal (hiking to Annapurna Base Camp in a snowstorm), to Burma (mountain bike ride across the north), down the Colorado River in the Grand Canyon (the paddle boat is most fun) and trekking in the unbelievably steep Japan Alps. 2009 took me to Italy. In 2010 and 2011 I traveled to Rajasthan India to ride my bike and to South America for some sightseeing and trekking. 2014 included a bike trip to South Africa. In September 2015 I cycled the Dalmatian coast and saw where Game of Thrones is filmed. In January 2016 I led a Times Journeys expedition to the Galapagos. 2017 involved trips to Iceland and Japan. 2019 took me on a hike across northern England and back to the Galapagos with the Times. In 2020 all travel stopped.

I grew up in Port Washington, New York, attended Northwestern University for two years and transferred to the University of California at Berkeley where I graduated in 1965 with a major in poltical science. I went into the Peace Corps in 1965, to Sarawak, Borneo, where I lived upriver and taught elementary school. Upon returning in 1967, I was hired at the United Nations bureau of the New York Times as a clerk.. and the rest is history.

In this year of covid lockdown, I am sorting through the files of my grandfather (Howard W. Blakeslee) who pioneered the field of science reporting in 1928 and my father (Alton L. Blakeslee) who followed Howard at the Associated Press for stories that (in today's terms) amaze, entertain and bedazzle us with their perspicacity, naiveté, and sheer breaking news-ness of times past. I am planning to turn this first draft of history into something (perhaps a book) but it's to soon to tell. Stay tuned.